Asia features the world’s fastest-growing economies and is turning to new nuclear to power its ambitions for sustainable growth. 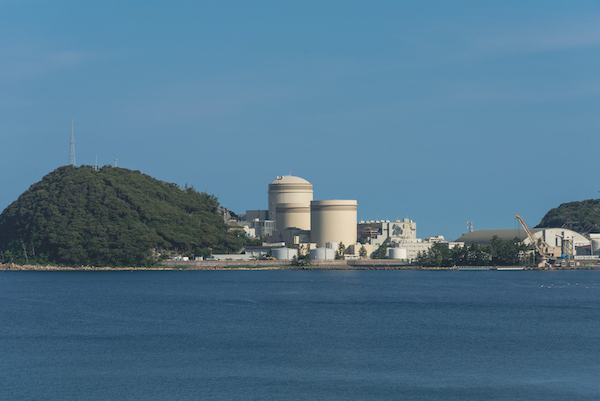 Largely muted growth of new nuclear capacity across the Western world comes in sharp contrast to the East, where many nations are planning or building new plants.

According to recent analysis from the World Nuclear Association (WNA), there are already 140 operable nuclear power reactors across the region, a further 30-odd are currently under construction and there are firm plans to build at least another 50 reactors.

Although development across Asia is a mixed bag, reflecting the region’s diversity, there are many active markets with clear development plans. About a quarter of worldwide operational reactors are located in Asia. Of these well over 100 are within the six countries of China, Japan, South Korea, India, Pakistan and Taiwan, which field a combined capacity of close to 100 GWe.

The regional nuclear power league table is led by China, which has been pushing its domestic nuclear ambitions since the 1970s. Asia is home to about two-thirds of all the reactors currently under construction worldwide. Of these, almost 20 reactors are being built in China alone, which is developing a mix of domestic and western technology. With 54 operable reactors and a total capacity of 52.2 GWe, China has another 33 reactors in the planning stage which are expected to add a further 37 GWe. Over the 10 years to the end of 2021, China built 39 rectors out of the global total of 68, increasing the national nuclear contribution by a factor of about four. China has set out plans to reach 70 GWe of nuclear capacity by the end of 2025 and between six and eight new nuclear reactors are expected to be approved each year, adding some 9 GWe annually through to 2030.

Following China on the regional league table comes Japan with a technical installed capacity of more than 31 GWe from its 33 installed reactors. However, the majority of these plants remain shut down following on from the Fukushima Diiachi disaster of 2011 with the Nuclear Regulation Authority (NRA) demanding additional safety measures be installed. Nonetheless, the country has been slow to restart even those reactors now deemed safely operable. Recently Japan’s prime minister demanded that further nine reactors be returned to service by winter. Prior to the tsunami around a third of Japan’s electricity came from nuclear and that proportion was expected to increase further as more reactors were on the cards for development. Now, plans to significantly expand nuclear capacity have been dropped, although WNA notes that two reactors are under construction with a combined capacity of 2.8 GWe and one further reactor is planned at 1.4 GWe. Even so, analysis from IHS Markit indicates Japan’s nuclear generation share will fall further, from 29% in 2020 to 22% by 2030 as reactors reach the end of their service life.

The Fukushima disaster also had a stultifying effect on other nuclear ambitions across the region, prompting many nations to reappraise their development plans. Alongside Japan, South Korea and Taiwan have both seen opposition to new nuclear capacity increase over the last decade.

Taiwan, for example, has three operating nuclear power plants, which produce about 10% of the island’s electricity. A fourth plant, Lungmen, was never commissioned and in December last year voters rejected the possibility of restarting construction of the two-unit mothballed facility. The current administration has a long-term policy of phasing out nuclear power by 2025.

Around a quarter of South Korea’s electricity comes from nuclear and it is currently pursuing export markets for its reactor technology, having just built the four-unit Barakah plant in the UAE. Currently home to 25 reactors and over 24 GWe of capacity, a further three reactors are under construction – Shin Hanul 2 and Shin-Kori 5 and 6. However, it too has faced political headwinds. The former president had announced a nuclear phaseout policy, although this policy was rejected by the incoming president Yoon Suk-yeol, who was elected earlier in 2022.

Despite some regional reticence, India has big plans to expand its current installed nuclear capacity, which includes 23 reactors and nearly 7 GWe. A further eight reactors are under construction and 12 more are in the planning phase for a combined 15 GWe. National nuclear capacity is expected to reach about 22.5 GWe by 2031. The bulk of India’s nuclear power programme is based on domestic technology and the country has also sought independence of its nuclear fuel cycle by developing its thorium resources. In the longer term, India is expected to reach 63 GWe of nuclear capacity within the 2030s.

Neighbouring Pakistan also plans a large increase in its nuclear power capacity, although it is building on a fleet of just six operating reactors with a combined capacity of 3.3 GWe that supply less than 10% of national electricity. The six operating plants were supplied by China and a further reactor is also planned. Nuclear remains an important element of the country’s energy policy with a longer-term goal of nearly 9 GWe at 10 sites by the end of the decade.

India’s eastward neighbour Bangladesh is also building nuclear capacity, with two VVER-1200 reactors under construction by Rosatom at Rooppur. Unit 1 is scheduled to start operating in 2023 and unit 2 in 2024. Rosatom will maintain the plant for the first year and Russia will also supply fuel for the plant.

Nearby Sri Lanka is also expected to take its first steps towards nuclear generation in the coming years. The Ceylon Electricity Board (CEB) produced its Long-Term Generation Expansion Plan 2015-2034 which includes a 600 MWe plant. A subsequent draft detailed two units, starting in 2035 and 2037, respectively. Sri Lanka is working with Russia on its nuclear programme and has also signed nuclear cooperation agreements with both India and Pakistan.

The Philippines is home to a mothballed nuclear power station that was never completed, although it is now considering a possible revival of the Bataan plant. This 621 MWe Westinghouse design was constructed in 1984 but soaring energy demand is prompting a reappraisal. The Philippine Energy Plan 2018-2040 included a Nuclear Power Programme Roadmap, targeting the first plant commissioning in 2027. The country is also looking at SMR development and has signed nuclear cooperation agreements with Rosatom to pursue this goal.

Thailand has operated a research reactor since 1977 but its more recent 2015 Power Development Plan sets out ambitions to build two 1000 MW units by 2036, a considerable delay on earlier plans for nuclear power development.

Similarly, Indonesia deferred earlier plans for a nuclear power plant but has more recently expressed renewed interest, in particular looking at SMRs and a ThorCon thorium molten salt reactor (TMSR). A timeframe of 2045 is anticipated for any substantial nuclear development but a 10 MWe experimental nuclear power reactor is expected to be built at Serpong.

In central Asia, Uzbekistan is also actively planning to develop nuclear power generation. Uzbekistan’s energy strategy will see nuclear power provide around 15% of national electricity demand by 2030 and the country has inked a deal with Russia for the development of a VVER-1200 reactor by 2028.

Kazakhstan is already one of the world’s biggest producers of uranium but currently has no operating nuclear power plants after a single reactor was decommissioned in 1999. Nonetheless, Kazakh President Kassym-Jomart Tokayev recently advocated a move towards nuclear power generation in Kazakhstan.

While China and India are clearly leading nuclear power development in the region, it is clear that many other Asian nations are looking to increase the nuclear contribution to their energy mix. Drivers for this growth include efforts to address climate change or reduce air pollution from coal-fired power stations in China, for instance, while some nations are looking to build energy independence or rapidly expand capacity as part of large-scale infrastructure development in response to economic growth, like India, for instance. Developments in Ukraine have further emphasised the importance of energy security and with many reactors in the region already more than 30 years old, the need for replacement is on the agenda. Rapid economic growth across the region and on-going environmental concerns are set to underpin renewed engagement with nuclear power. Mainland China and India share many common drivers for nuclear power development and are expected to be the primary promoters of this industry in Asia Pacific. It is perhaps no surprise that IHS Markit estimates the two populous and rapidly growing markets will likely underpin close to a third of the world’s total power demand additions during 2021-2050.