The UK government’s spending watchdog says the NDA still has lessons to learn on nuclear decommissioning – including general issues, like managing contracts. 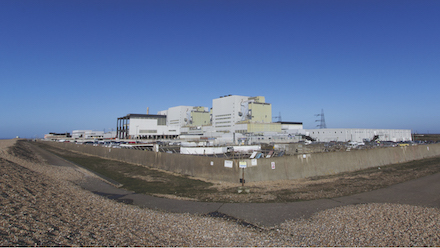 As a consequence of its early start in the nuclear power industry, the UK also has to be a pioneer in creating strategic arrangements for managing reactor shutdowns and decommissioning. It has tried to ring-fence the legacy waste operations and build expertise in managing both the financial and technical aspects with the dedicated body Nuclear Decommissioning Authority (NDA).

Other countries have also seen plants transferred to specialist owners for decommissioning, but the UK government and its agencies clearly still have lessons to learn when it comes to making such arrangements fully commercial and using them to benefit consumers.

In summer a UK government watchdog marked down the UK’s Department of Business, Energy and Industrial Strategy (BEIS) – which oversees NDA – for poor management of contracts to manage decommissioning and waste management at the seven closed AGR reactors.

The Public Accounts Committee (PAC) revisited the terms under which the UK’s nuclear stations were sold to EDF Energy in 2009. According to the PAC assessment, the sale terms at that time, “placed a disproportionate amount of risk for meeting future decommissioning costs on the taxpayer.”

The then-government focused its negotiations on maintaining operations, and paid “less attention” to decommissioning, the PAC added. For example, although EDF Energy successfully extended the lives of all the AGR stations, incurring extra decommissioning costs, it was not required to make extra contributions to the Decommissioning Fund being amassed.

Failings continued in recent years when BEIS reached agreement with EDF Energy over future ownership of the stations, which will be transferred from the company to the NDA after the fuel is removed.

For example, as part of the new agreement the Department introduced a £100m (US$119m) bonus or penalty for EDF Energy to encourage cost-efficient defueling. But the cost to NDA could vary much more substantially if there are delays in the defueling process – rising from £3.1bn to £8bn ($3.7–$9.5bn). The incentive for EDFE “does not appear sufficiently strong to fully incentivise cost efficiency and ensure a smooth transfer of defueled stations to the NDA,” said the PAC.

The PAC called the transfer arrangements “worryingly under-developed,” saying negotiations could drag on and increase the costs to the taxpayer. The negotiations did not provide clarity about what will be transferred to the NDA, when or how, and discussions on the details started as late as 2021.

PAC said, “There is a risk that the costs associated with transfer to the NDA could increase. The issue of what happens to pension liabilities, for example, has yet to be worked through as are the precise details of the land and buildings to be transferred at each site. At the same as tying down these details, the NDA will need to develop its understanding of the sites and determine its preferred decommissioning strategy post-transfer”.

The Committee also had concerns about NDA’s overall performance in some respects. NDA has a substantial amount of work to do in advance of taking ownership of the stations and PAC said it was “concerned about the organisation’s workload now that it is being asked to take on the seven AGR stations in addition to the decommissioning of the Magnox reactors, the treatment of radioactive material at Sellafield and the procurement of a deep underground nuclear storage facility”.

In addition, there was not enough oversight of BEIS itself. The Department negotiated the decommissioning agreements with EDF Energy and has other roles and responsibilities, such as being the NDA’s ‘sponsoring department’ and working in new nuclear. “The centre of government has yet to put in place arrangements that can provide assurance that the Department is discharging its various responsibilities appropriately and that the decommissioning programme is performing effectively,” said PAC.

Looking at the funding strategy for decommissioning, the PAC said the government had achieved poor returns in its investments for the Fund, requiring the taxpayer to top it up. While the funds have made minimal returns, decommissioning costs have almost doubled since March 2004 to an estimated £23.5bn ($28bn) in March 2021, and they could rise still further.

Most of the existing fund was invested in the National Loans Fund – as required by government – which achieved a very low return, unlike the 20% of the fund that was invested in private sector assets (which generated average annual returns of 6.2%/year in the three years to 2020-21). For seven years the Fund has failed to meet the target return judged necessary to meet the expected costs of decommissioning. The taxpayer had to provide a £5.1bn ($6bn) top-up in 2021 and another £5.6bn ($6.7bn) in 2022 (via HM Treasury).

“There remains a strong likelihood that more taxpayers’ money will be required” to meet the costs of decommissioning the AGRs, the PAC says.

The performance of the fund has implications for nuclear new-build too because the UK’s regime requires nuclear operators to build up a ring-fenced fund that will eventually pay for decommissioning. This mechanism aims to defuse an ongoing objection to new nuclear over the potential for high and unquantified costs to decommission reactors and to provide certainty for nuclear investors and taxpayers. But the PAC was not convinced: after its investigation it asked BEIS to report back on what decommissioning improvements have been built into Hinkley Point C and what proposals there are for small modular reactors.