Ready for a new start?

Pressure is building for a rebirth of Sweden’s nuclear industry. 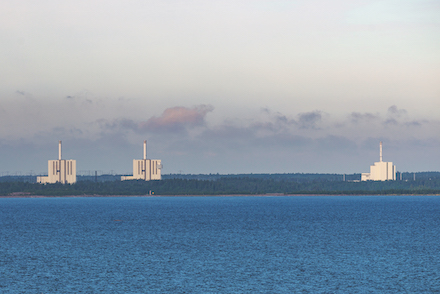 Sweden's General Election on 11 September could set the agenda for the country’s nuclear industry for the next half century.

Of the country’s original reactors – located at the four sites of Barseback, Ringhals, Forsmark and Oskarshamn – five remain in operation, two at Ringhals, two at Forsmark and one at Oskarshamn. All, their owners believe, could operate for more than the currently expected 60-year lifetime. Closing and dismantling some reactors has allowed operators to examine how those reactors have aged in close detail and the outcome is positive. The industry believes that a lifetime of considerably longer than 60 years can be achieved by all the reactors. Relicensing is not required as under the Swedish framework (as in the UK) licenses are not time-limited, providing the nuclear safety authority regards them as safe to operate. But plans for both longer lifetimes and new units still face barriers that require government action. Will the incoming government take action?

Meanwhile, operators also want to explore options for new units – just a month or two ago Ringhals owner Vattenfall said it was investigating the potential for 300 MW small modular reactors at the site.

A key barrier for both these initiatives is a 2016 energy plan agreed by five of Sweden’s largest political parties (eight parties will contest the election) which set a target for an entirely renewable generation system by 2040. By excluding nuclear from the portfolio, legislators extinguished any investor interest in funding further life extensions for Sweden’s existing nuclear capacity. It also dealt a blow to the companies’ ability to secure investment in any nuclear new-build.

Most of the political parties have changed their view on nuclear in the last few years as the scale Sweden’s future power demand has become clear. Sweden is expected to see its power demand double, as other sectors such as transport switch from fossil fuels to electric and, crucially, the country’s energy intensive industries (such as steelmaking) have to decarbonise. This is expected to require hydrogen and may require nuclear-powered electrolysis to produce it. Wind power is set to increase markedly, as the falling costs of offshore wind and its expansion into new areas by using floating, instead of fixed turbines make it more attractive. Sweden recently announced plans to produce 2-30 TWh annually from offshore wind – more than a fifth of its current annual power demand of 140 TWh. Nonetheless, demand projections mean even that will not crowd out nuclear.

In response, most parties have moved from the 100% renewables position. Instead, their position is “we need more of everything”. Today only the Green party is still explicitly anti-nuclear.

The incoming government can release the constraints on life extension by simply changing the ‘100% renewables by 2040’ policy to allow for nuclear. But two more changes are required to allow for new-build. First, the current Environment Act allows for only 10 nuclear units in Sweden – of any size. That presents the industry with some dilemmas. If Vattenfall were to follow up its investigation of SMRs with a decision to build at Ringhals, it could quickly reach the total permitted units without fully replacing the capacity lost by a single one of the closed plants. And, of course, other nuclear generators may want to take up some of the 10 total units currently allowed.

Second, building new nuclear units at sites other than the four current or recently closed sites is not permitted. That presents a problem for Swedish heavy industry, which has expressed an interest in using SMRs to produce hydrogen and doing it at-site so as not to have the costs of hydrogen transport included.

Incidentally, Oskarshamn has already moved to take a stake in the hydrogen market. It is a hydrogen user, and has a facility at the site that produces hydrogen via electrolysis – using power from the plant to meet its own hydrogen demand. With two nuclear units closed, the electrolyser has spare capacity and in January the plant owner OKG announced it would modernise the electrolyser, expand it from its current capacity of 12kg/hour, and sell the hydrogen via Linde Gas AB. OKG chief executive Johan Lundberg said: “Initially, it is about relatively small volumes. But we have expertise as well as plant and infrastructure, and I see a very good potential to expand this business. The need for hydrogen will increase gradually, and we
have received strong support from our owners Uniper and Fortum to develop this business opportunity.”

Other users are also considering the SMR option – for example one municipality is said to be considering an SMR to provide district heating. If SMRs were to be used in these new applications, other parts of the Swedish nuclear framework would also have to be reconsidered, because the framework is predicated on just a few, large units, rather than a standardised fleet with many small units. In just one example, new nuclear licence applications incur an upfront application fee of SKR100m (€10 m) – irrespective of the size of the unit.

A sense of urgency?

The upcoming election is a hinge point for all these issues. From the nuclear side there is a sense of urgency: operators want to know as soon as possible whether the 100% renewables policy will be changed, because further life extension would affect operation and maintenance decisions being taken now.

It is not just the nuclear sector but also heavy industry that would like to know whether SMRs are likely to be investable, so they can include it in their decarbonisation strategies.

Do the political parties have the same sense of urgency? It seems that the outgoing coalition government, led by the Social Democrats, does not. It said it would require Sweden’s nuclear regulator to develop a new legal framework for SMRs. But by parliamentary recess no such request had been made and it looks unlikely to take place before the election. Unlike the other parties who signed up to the ‘100% renewables’ target in 2016, the Social Democrats have also made no formal change to their position, whereas others have restated theirs as closer to ‘more of everything’.

That leaves the industry looking towards the incoming government. Polling on its likely composition is currently unclear, although it moved during July from a slight lead for the Social Democrats (in coalition) to a slight lead for a five-group coalition of right-leaning parties.

It is likely that the energy crisis will be high on the new government’s agenda, but that may not translate into rapid moves on nuclear: action on bills in the coming winter will be required and investing in nuclear for a positive outcome a decade from now is more difficult to explain to an electorate facing an immediate cost of living squeeze.

In the last election it took 130 days for Swedish parties to form their coalition government. That was unusually long in Sweden and this year there is a feeling that the country needs the new government to be up and running as soon as possible. That gives the nuclear industry impetus to act: the last quarter of 2022 could be a busy time for it to either convince a new government to act, or follow up on action. The next year could see the start of significant moves towards a new programme. Over to the voters.

Nuclear has for decades been a mainstay of Sweden’s power supply, but it has held that position despite a looming threat of closure.

In the 1970s Sweden’s ruling Centre Party called for nuclear to be abandoned in favour of oil, while the opposition Social Democrats wanted reactor numbers to be restricted. The Three Mile Island accident in 1979 prompted a referendum the following year that came out in favour of the eventual phaseout of nuclear. Although it was not binding, parliament approved a phaseout bill that said the reactors could be operated to the end of their economic lives – 25 years, closing around 2010.

The Swedish phaseout even allowed for further reactors to start up: there were six reactors by the time of the referendum, and in the 1980s nuclear capacity more than doubled, as six reactors with higher capacities came on line by the middle of the decade. Reactor upgrades have also added to the available nuclear capacity and that continues: Vattenfall’s current €200m of upgrades at Forsmark should add 100 MW to its nameplate capacity.

The aim of the referendum was to take the political heat out of the nuclear question and in this it succeeded – but only temporarily. Following the Chornobyl accident in 1986, Social Democrat Birgitta Dahl, then Sweden’s energy and environment minister, introduced proposals to close two reactors within a decade. Other environmental concerns were arising at the same time: in 1988 the government promised both to limit carbon dioxide emissions and to outlaw hydro dams on four rivers that were untouched by Sweden’s extensive hydropower industry.

In the 1990s long shutdowns at six reactors, including the oldest Barseback, added to political pressure from Denmark, whose capital is just a few miles across a narrow strait from the Barseback reactor. Above: Barseback 1 was closed in 1999 with the second unit following in 2005 (Photo credit: kimson/ Shutterstock.com)

Swedish Social Democrat leader Ingvar Carlsson announced that his party’s previous pledges to shut down the reactors would be honoured and restated the decision to shut all the reactors by 2010. But by 1995 Sweden relied on nuclear power for around half its electricity use. A new Energy Commission decided that a complete phaseout by 2010 was impossible. It did, however, agree that it would be possible to close one reactor by 1998 and a second a few years later.

The minority Social Democrat party came to a deal with the Centre and Left parties that would see the two reactors at Barseback closed within a few years. Barseback’s owner, Sydkraft, fought the closure plan and took it to the European Commission, but conceded in exchange for a complex compensation deal. Barseback 1 was closed in 1999, and the second unit was closed in 2005, at a cost to Swedish taxpayers of around €600m for each unit.

Following a number of shutdowns at two units at Oskarshamn, a decision on premature shutdown of units 1 and 2 was made in 2015. The most recent closures, Ringhals 1 and 2, were decided on economic grounds.