The nuclear power position in the Philippines

Joseph Somsel looks at prospects for nuclear power in the Philippines, ahead of the May presidential election 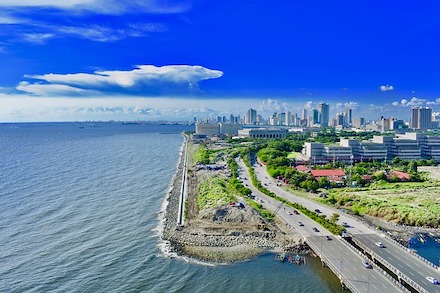 On 24 July 2020, Philippine President Duterte issued executive order to his government to develop a formal nuclear power policy, termed a “position.” His administration delivered a draft, so far unreleased, for his approval and signature that December. After more than a year during which he neither endorsed nor rejected the draft, on 28 February Duterte signed Executive Order No 164. This outlines a government position on the inclusion of nuclear energy in the Philippines’ energy mix, taking into account economic, political, social and environmental objectives.

The next presidential election is scheduled for 9 May. The price and reliability of electric power is an issue with voters and with potential foreign investors, so the ownership, organisation and management of the electric power system has become an issue in the forthcoming presidential election. So has nuclear’s role. So far, Duterte’s public statements on nuclear power have been ambiguous.

The government already owns a substantially completed plant, Bataan, on the west coast of the Bataan peninsula. The Westinghouse two-loop PWR is rated at 621MWe. Work was stopped long ago, in 1986, as concerns over seismic safety, the Mt. Pinatubo eruption, and Chernobyl led a new administration to suspend further work. It was maintained in a ready-to-run condition until 1995, when the fuel was sold to a German company and exported. Since then, the plant has been in ‘long-term preservation’.

Various agencies within Duterte’s administration and the national legislature have been actively preparing the ground for a renewed nuclear power programme.

In 2018, a delegation from the International Atomic Energy Agency (IAEA) was invited to conduct an Integrated Nuclear Infrastructure Review (INIR). Amongst the recommendations was for revisions to the nuclear statutes to better reflect nuclear laws in countries with active nuclear programmes.

The legislature has made most of these legal changes, but one significant change yet to be implemented is moving nuclear safety regulation from its current home under the Philippine Nuclear Research Institute to a new independent agency. Additional legislation approval, funding, and staffing will be required.

The Philippine energy plan to 2040

Indirect but quantitative support for the nuclear option comes from the Philippine Energy Plan: 2022-2040, released in January. It predicts a 7% per annual growth in electricity consumption. The largest generation sources today are coal at 57.2% (mostly imported bituminous grade from Indonesia with some domestic sub-bituminous) and natural gas at 19.2% (all domestic from the offshore Malampaya field, which is in sharp decline).

The future of coal is not bright. Indonesia imposed a one month ban on exports during January due to heavy buying from China, which revealed the Philippines’ dependency. In addition, since 2015 the Philippines has been a signatory to the Paris Accords, promising to forego new coal generation.

Hydro has a 7% market share and that is planned to double by 2040 to 14%. Unfortunately, new hydro, even run-of-river, almost inevitably means flooding rice-growing areas. The country already has to import rice, its staple, and displacing rice for electricity will be a hard decision.

An earlier “Feed-in-Tariff” scheme on the European model has been indefinitely extended for run-of-river hydro as it barely exceeded half its target even at the guaranteed price of $0.12/kWh. The energy plan had no specific sites for new hydropower.

The biggest increase in market share is expected to be in PV, up from 1.36% to 14.56% in the growing market. The expected investment by 2040, just for PV, is $22 billion in reference scenario. The last Feed-in-Tariff offering for solar was $0.18/kWh. The use of solar is explicitly caveated in the plan with a need for up to 20% capacity backup from gas.

As in many countries, renewables including PV are granted a number of tax advantages to stimulate investment such as a seven-year income tax holiday, no import duties, lower property taxes, zero Value Added Tax (VAT) on sales, tax credits for domestic equipment, and complete exemption of taxes on sales of earned carbon tax credits.

A net metering programme for commercial and industrial customers with over 100kW demand who add PV was recently started.

Is there a role for nuclear power in the Philippines?

So how does nuclear power fit into the country’s plans? While the formal energy plan assigns nuclear power neither an explicit role nor market share, it does acknowledge the government’s current nuclear assets as well as preparations for a possible revival of nuclear. The options are to revive Bataan, build afresh, or do both.

In 2017 Korea Hydro and Nuclear Power (KHNP) estimated that Bataan could be brought into service in four years at a cost of roughly $3000/kW. Whether this includes a power uprate is unknown, but two similar plants in the US were uprated by about 15%. The design dates back to 1972 and has not had the extensive safety enhancements seen in the rest of the global fleet of light water reactors.

Publicly available videos on YouTube as recently as 2019 show a well-kept plant, at least cosmetically. The caretaking efforts by the government have been funded at about $1 million per year, a non-trivial effort given the low labour costs in the Philippines. However, the plant location on a peninsula on the South China Sea is exposed to warm and humid salt air. The Korean inspection and estimate of the plant in 2017 should be expected to document as-found conditions requiring expensive repairs.

Is nuclear new-build and SMRs an option for the Philippines?

The other nuclear option is new build.

The Philippine archipelago consists of over 1000 inhabited islands. The interconnections between islands are weak and limited as demonstrated during December’s typhoon Odette: 1.1 million people on the island of Bohol lost their sole connection to the main Luzon grid. With minor on-island generation (diesel gensets and small hydro linked to irrigation dams) power was tightly rationed for two months.

This weak grid and dispersed load puts an upper limit on single generator capacity. Only one or two sites are capable of supporting a single conventional large light water reactor. The size of the 630MWe Bataan plant works because it is close to Manila, the largest load centre.

This makes small modular reactors (SMRs) a good fit for the country’s needs. Projected capital costs from vendors like NuScale and General Electric Hitachi (GEH) are running about $3000/MWe with a six pack of NuScale modules (VOYGR-6) rated at 462MWe and a twin unit BWRX-300 plant at 600MWe. A 2021 study by the Philippine government identified ten potential sites. While base loading of nuclear plants has been the rule around the globe, one would expect greater demand for load-following operations in the smaller, more loosely linked grids of the Philippines.

Electricity cost: a political issue in the Philippines

The relatively high cost of electricity in the Philippines is a political issue in the upcoming presidential elections. Residential rates for the generation component (three quarters of the total bill) are $0.16. It is difficult to see how this can be reduced or stabilised without nuclear power, given the assumptions of the recent energy plan.

Fuel cost for coal is $2-3/mmBTU and capital cost for a 1GWe addition in 2025 is about $2000/kW. But climate change commitments preclude it. LNG costs average $8/mmBTU at 55% efficiency while hydro has not been able to build to target even at a 5.9 pesos total guaranteed rate.

The other source that factors large in energy planning is PV. Total investment in PV through 2040 would amount to $22 billion for 32GW or roughly $700/kW, substantially less than equivalent capacity in nuclear at $3000/kW. However, global nuclear experience has shown a 90% capacity factor is reachable for mature baseload plants while the planning assumption of 18% for PV means that nuclear’s output is five times higher for only three times the initial investment – also PV cells degrade at 1%/year making a useful life on the PV investment only 20 years, compared to nuclear’s 60 years and maybe longer. So initial capital investment in a nuclear plant yields around five times more electricity than from PV over the asset lifetimes.

The government’s energy plan is careful to avoid explicit cost predictions in print and the fuel and capital costs presented here are only part of the story. Predicting levelised cost of electricity is difficult in the best of conditions. But it is not at all clear that any of the planning options considered will reduce the burden of high electricity prices on the consumer. Nor will the current plan (without nuclear) make the Philippine economy more competitive with its regional and global competitors for new jobs.

This fact has not gone unnoticed amongst politicians, the business community, or the electorate. However, opponents of the Bataan plant have effectively raised concerns in the past about the safety of the plant in the public’s mind. This has made political leaders ginger about endorsing nuclear power. Philippine politics are generally non-ideological and voters decide based on the personality, character, and past performance of the candidates rather than for specific referenda or issues. Parties are weak and fluid, representing shifting coalitions of oligarchic families.

The currently leading ticket of Ferdinand Marcos Jr, son of the former president and builder of the Bataan plant, and Sara Duterte, daughter of current President Rodrigo Duterte, are running ads calling out the high electricity prices and strongly hinting at exercising the nuclear power option. Marcos, who goes by his familiar name of Bongbong and his initials, BBM, campaigned explicitly on bringing Bataan online during his unsuccessful run for vice president in 2016.

Two high profile leaders in the second tier of candidates, according to polling at the time of writing, are split. Both are seeing support in the 20% range with Marcos at 50% in a contest that requires a plurality over 40% to win. Vice President Leni Robredo has not addressed nuclear so far, but she is generally of the mold of the President Cory Acquino, who led the ouster of Marcos Sr., succeeded him as president, and halted operations at Bataan. She is not expected to be supportive of nuclear and may decide to vocally attack it.

Another major candidate is Senator Manny Pacquio, the retired prizefighter. He has already publicly attacked the Duterte Administration for failing to do more to lower electricity bills. A problem is that he is running as listed candidate of the regional PROMDI party that has historically called both for civilian nuclear power and for nuclear weapons. If elected, Pacquio would likely find it impossible to do both, no matter the perceived strategic necessity of the latter. The election is 9 May.

In summary, the Philippines is a land of limited low-cost energy resources and currently suffers competitively against its neighbours because of that. Once it made the choice to commit to the global climate change regime and forego coal, any non-nuclear path forward will only increase generation costs. If the electorate through their elected leaders demand stable or lower electricity costs, and new coal is off the table, only nuclear power offers hope.

Joseph Somsel is a degreed nuclear engineer with an MBA and extensive experience in nuclear power design, construction, economics, and operations.