Nuclear power is increasingly being promoted as an important contributor to future energy supplies and reduction in greenhouse gases, but the industry has not seized on the opportunity and has been challenged by delays and cost over-runs. Ken Petrunik shares his view 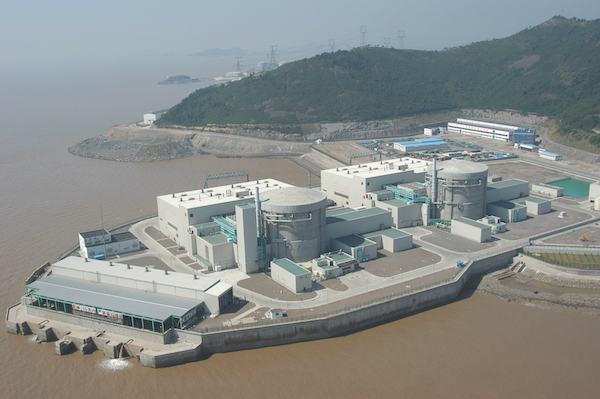 Projects are governed by the contract, which is the road map. The starting point, especially for engineer, procure, construct (EPC) contracts, is a partnership between owner and supplier that is incentive-based, rather than punitive. Risks should be allocated to who can best carry that risk.

An example of risk-sharing, for a Nth of a kind project, is for the supplier to take fixed price for design and supply (given that the design exists and the supply chain is proven). Construction has more uncertainty and is best done on a ‘time and materials’ basis, with constructors working at cost and profit coming from defined performance objectives that are usually activity or schedule-based. Supplier project management can also be fixed price if that has been done in-country before. Supplier profit must come from performance in a win-win model and a culture of claims avoided.

In the EPC model the owner or utility is an ‘intelligent customer’ with oversight of the supplier, who is the project manager. In some cases, especially for first of a kind (FOAK) projects with higher design and construction risks, the owner may elect to take on more risks, in exchange for more involvement in project delivery. The owner becomes the de facto project manager, but must have the ability to take on this increased role. In the USA, both Vogtle and VC Summer started as EPC projects, but only Vogtle is being finished and that is under an owner-led model.

Design and licensing for FOAK projects

A primary cause of delays and increased costs is starting a project before the design is done. Complete error-free design, using state of the art computer modelling of all systems and components, should be ready before start of construction and the design frozen. ‘Nice to have’ changes arising from an operating culture should not be allowed.

Owner oversight is vital. It allows the delivery team to build without undue interference, as reflected in the contract. Alongside this, the supplier must allow open access to project information — especially schedules — to strengthen the delivery partnership.

In FOAK projects an extended period for licensing must be taken into consideration, as well as longer durations for design and technology. Power plant designs built and licensed in one country undergo changes, when built in a second country, that are often of minimal value. This adds uncertainties that affect costs and schedules. Since risks are much higher in FOAK projects, they must be openly and realistically factored into a project and its schedule. Changing regulations will induce uncertainty and add scope. Regulatory requirements must be rational, and fully defined and frozen, before a project contract is signed. The USA experience of using 10CFR52 for a combined construction and operating licence, should be compared with using 10 CFR50 for separate construction and operating licences. A separate construction licence provides for simpler and faster construction.

Projects must be led and built under a project culture. A strong project delivery culture is different and is distinct from an owner or operating culture. In a project culture the organisational structure must be lean, simple and decisive, and exist only during the project phase and its delivery. An operating and or corporate culture is permanent, more complex and slower in decision making, which has an effect on the schedule. A balanced governance between corporate and project delivery culture is required by stakeholders and shareholders. Failure to achieve this balance complicates decision making, restricting the effectiveness of the project delivery management and putting the project at risk.

Managing hundreds of thousands of project schedule activities is difficult, and history shows the array of tools employed has not usually delivered successful outcomes. Simple and experienced project management (integrated systems and people) and the right schedule have been proven to work. The project’s critical paths must be managed in real time with single-point decision-making minimising ‘management by committee’.

The old adage of “Do it right the first time” warrants attention in several aspects. The tendency to increase the number of watchers adds costs and does not help performance and productivity. ‘Twice as many people’ does not make the overall work go twice as fast, so prioritising training, especially in construction labour, has better results than increasing worker numbers. Rework can be significantly reduced, schedules improved by prefabrication and by modules (when the design is done) by teams of engineers and constructors who create buildable construction designs.

What about small modular reactors?

There has been a movement internationally to promote grid-connected small and medium sized power reactors with capacity of up to 300MWe (SMRs) using simpler, passive technologies with modular designs that are fabricated off site to reduce site construction costs (a third of the cost of large new-build plants). This can offset the reduced economy of scale, if it combines an ‘Nth of a kind’ approach using factory assembly of modules with series build. Simpler designs and advances in technology mean multiple power and decay heat removal systems are not required. This supports plant economics and it must be recognised by the regulator.

There are two FOAK aspects for SMRs. The first is technology risk in bringing a new technology to reliable economic operation. The second is FOAK project delivery risk — even when using current technology scaled down. The on time and on budget factors still apply to SMRs.

Learnng from what has worked

While each project is different, industry must learn from what worked and what did not work internationally. Success in Asia — on time and on budget — has been achieved with a continuous programme using Nth of a kind technology. It separated the build phase — project delivery culture — from the operating culture to lead and to manage the critical paths of a schedule of some 8000 activities for two units.

Freezing design with the contract is critical, as are experienced providers for design, equipment and construction. Qinshan III in China has two 725MWe CANDU units built by Atomic Energy of Canada under an EPC contract. They met the above criteria and were ahead of schedule (54 months from construction to in-service) and under budget. The major subcontractors (including Hitachi/Bechtel for engineering and procurement of the turbine generator island and balance of plant) worked to their own practices and quality programmes under the prime contractor umbrella role of AECL. This improved accountability and economics.

Dr. Ken Petrunik has 45 years of international experience in new build nuclear power with a focus on leadership and project management. He has worked in a nuclear vendor and owner capacity and understands both sides. He is currently a consultant in nuclear power with a range of international clients and is chair of Global First Power who are developing a 5MWe micro off-grid reactor sited at Chalk River Canada. He was a board member for Horizon Wylfa Project in the UK for three years. His career with Atomic Energy of Canada (AECL) spanned 35 years where he was President of the CANDU Reactor Division responsible for AECL’s commercial CANDU business including marketing and delivery of new build reactors and services to operating stations. Following this he served for six years in the UAE as programme manager for Emirates Nuclear Energy Corporation in their four-unit APR1400 Barakah project.

Birds eye view of the Hinkely Point C construction site from one of the 56 tower cranes on site Photo credit: EDF Energy

Reactor 1 is taking shape at Hinkley Point C in the UK, as work continues around the clock Photo credit: EDF Energy

Water on three sides made Qinshan III an even more challenging project
Post to: